SAVE THE DATE! SAVE THE OCEAN! 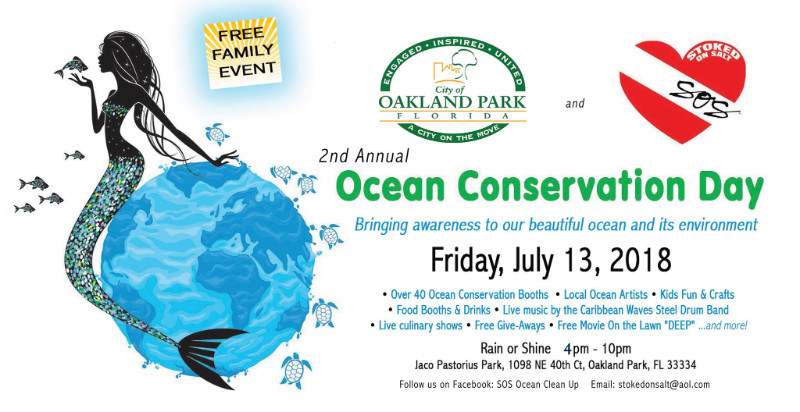 We are excited to announce the 2nd annual Stoked On Salt Ocean Conservation Day on Friday, July 13th, 4:00PM – 10:00pm at the Jaco Pastorius Park located at 4000 N. Dixie Hwy., Oakland Park, FL 33334. Due to the overwhelmingly positive feedback of last years event, we have expanded and partnered with the City of Oakland Park.

This free event is not only fun, but an educational program for the entire family that will help bring awareness to our ocean in efforts efforts to preserve and protect our living coral reef ecosystems.
50 Ocean/Marine Conservation groups will come out to engage in outreach with the general public about issues that could be addressed on a local level – which we so desperately need:
CORALS – MANATEES – LIONFISH – BEACH/OCEAN DEBRIS – SHARKS – SEA TURTLES – MANTA RAYS – WHALES – LOBSTERING – WATER QUALITY – WILDLIFE RESCUE – FISHING REGULATIONS – OCEAN SAFETY and more.

Thanks For Joining Us on 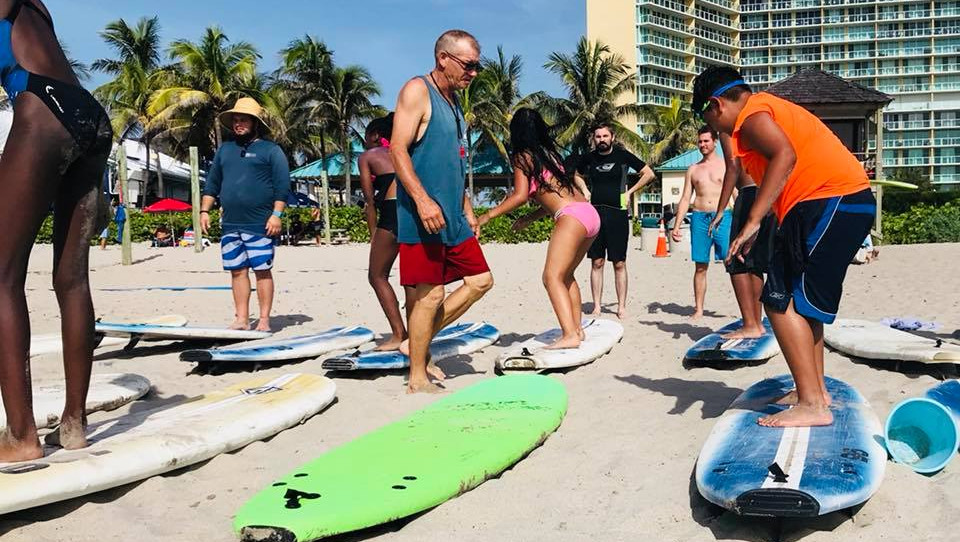 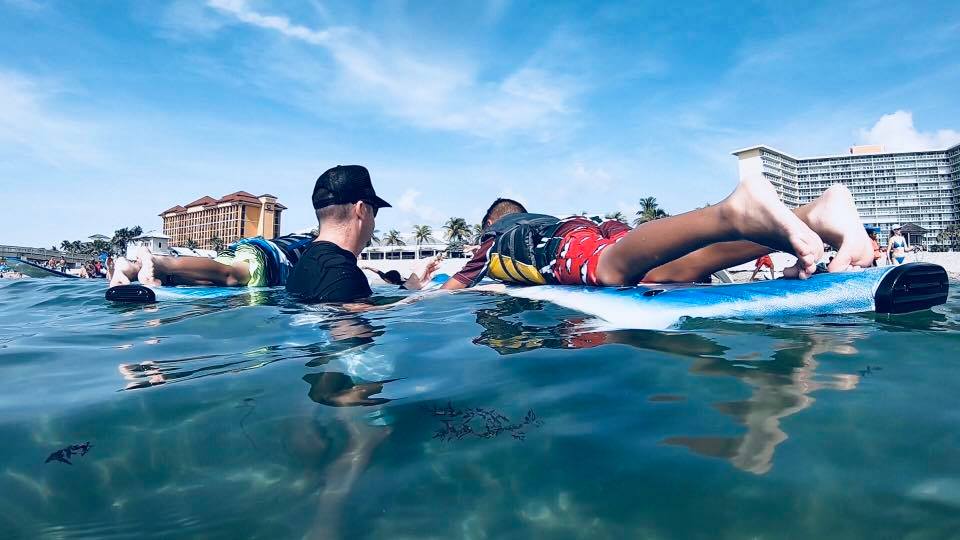 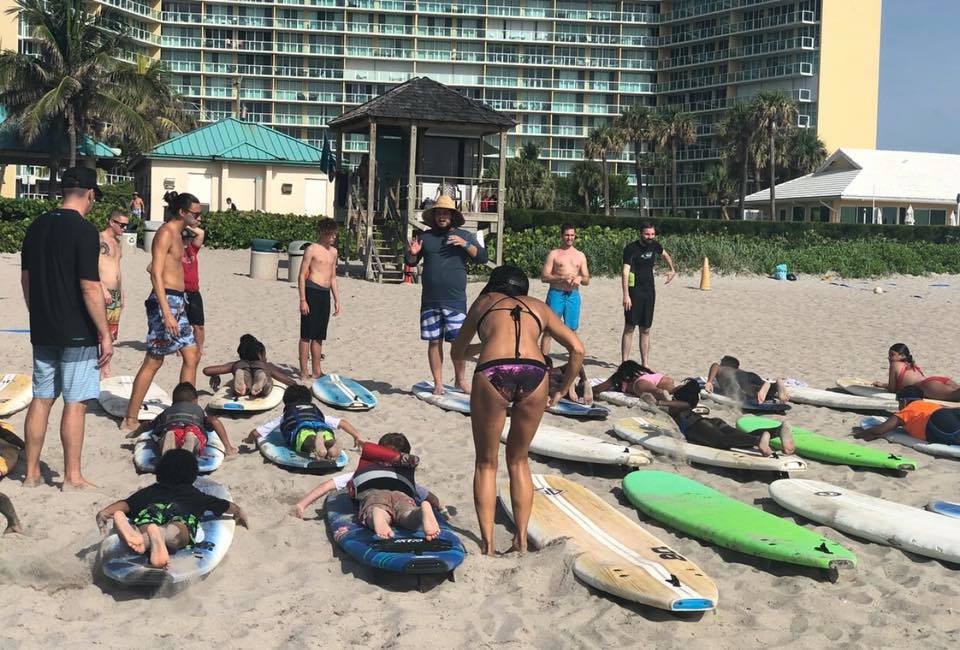 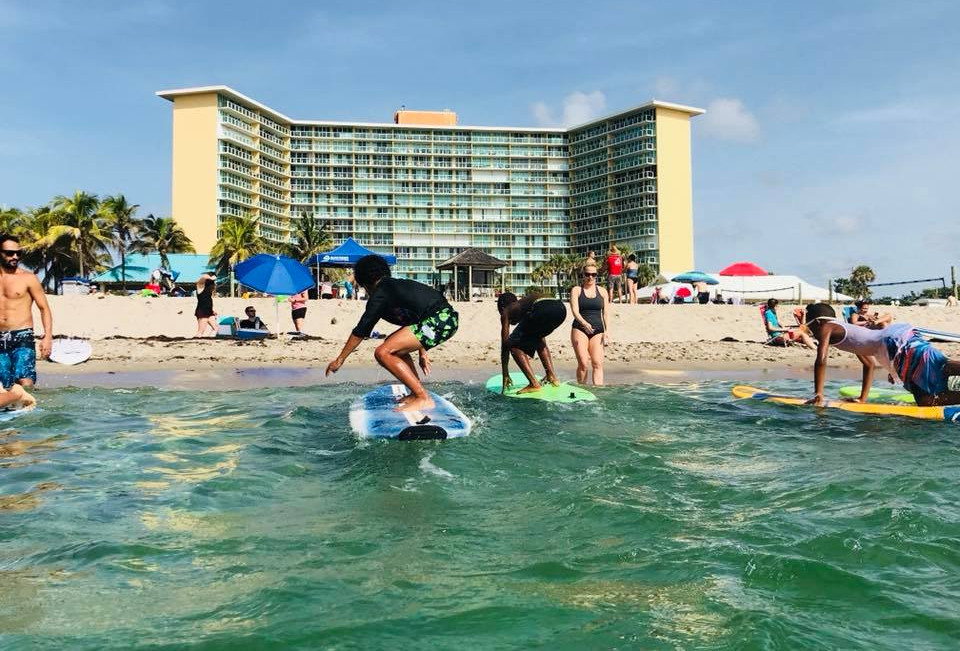 Thanks to YOU, we had a fantastic

March For The Ocean! 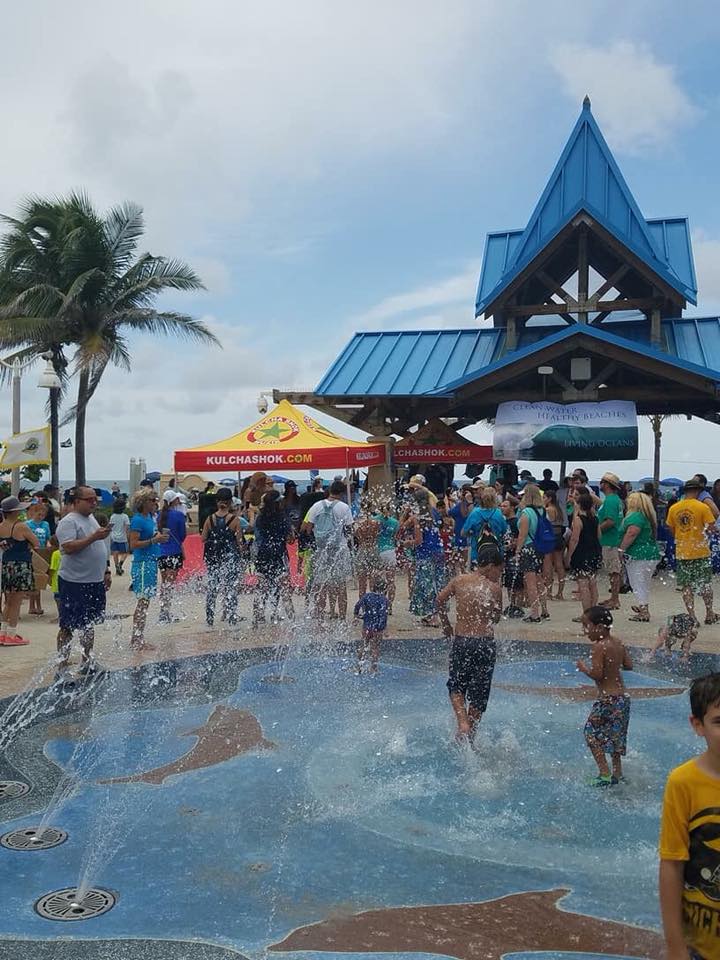 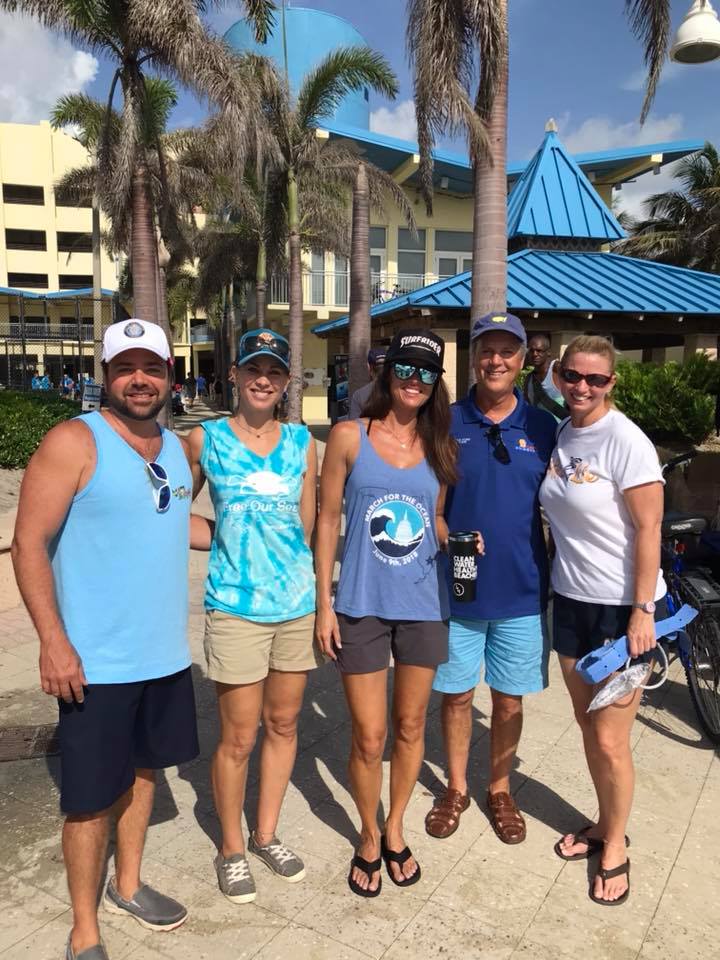 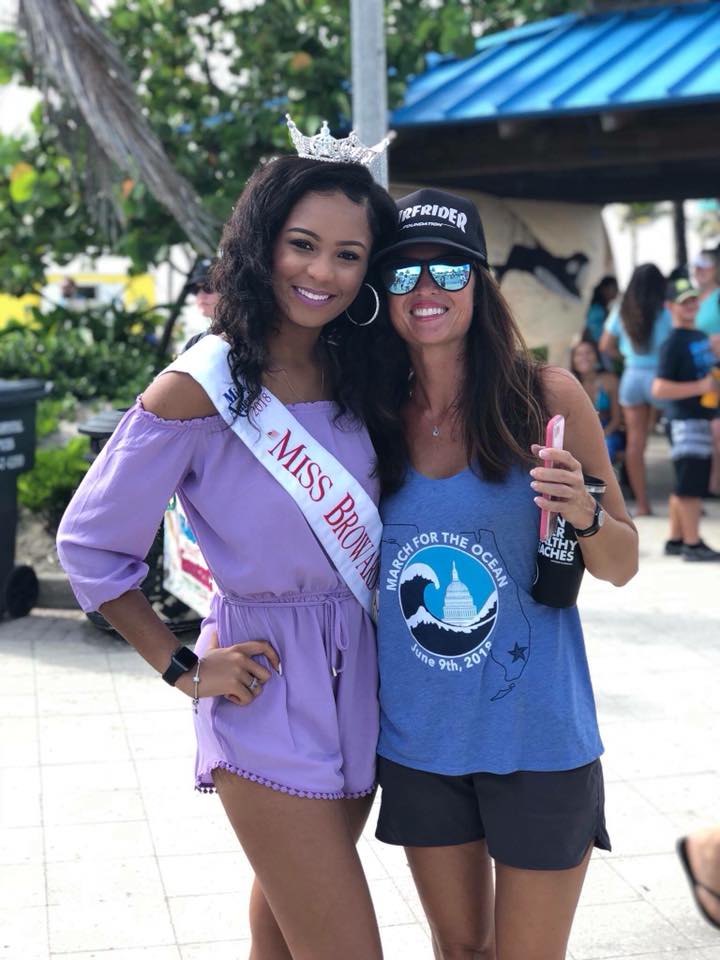 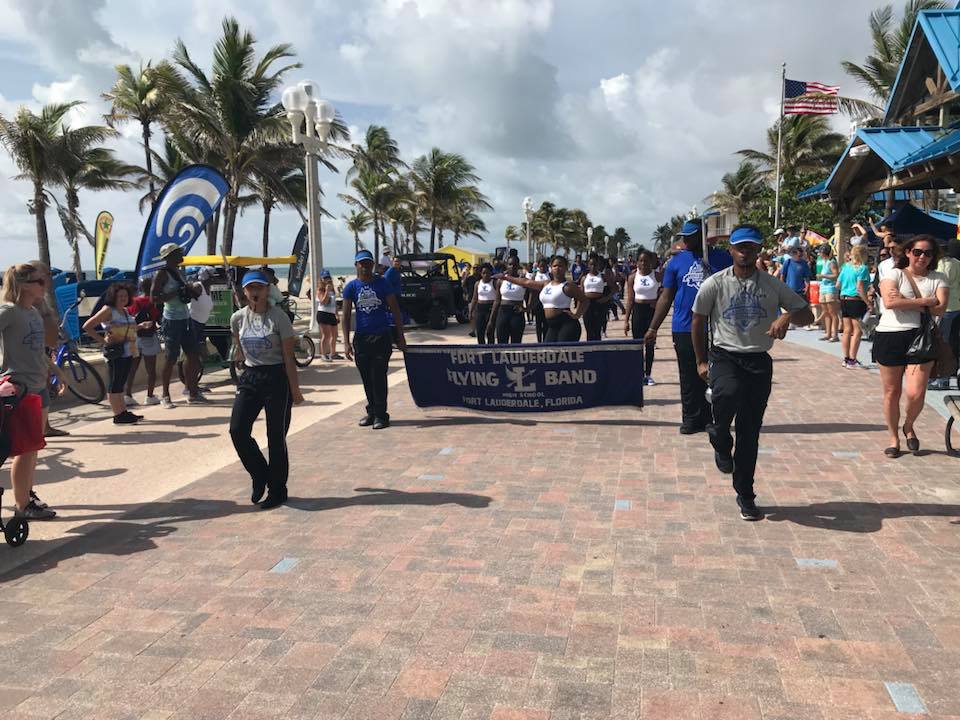 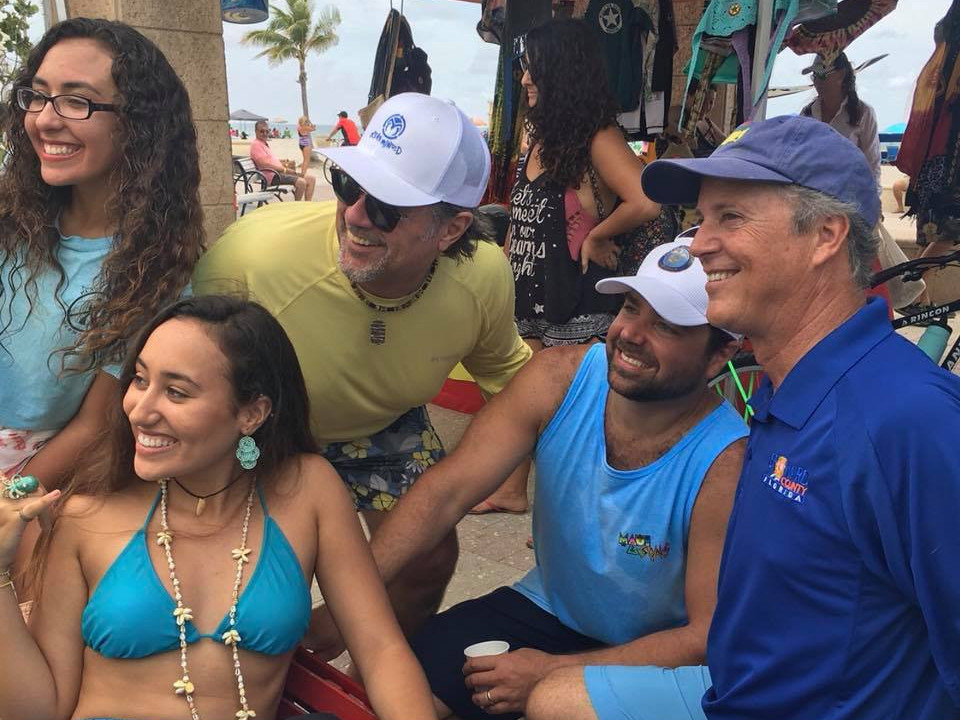 In honor of World Oceans Day weekend, March for the Ocean DC took place on June 9, 2018, and there were marches all around the world.  March for the Ocean Broward was held on the same day, hosted by Surfrider Broward Chapter and Free our Seas, and our event was a great success. Over 1,000 people attended, marched, and/or visited our non-profit tables in Charnow Park.  We began in Charnow Park on the Hollywood Broadwalk. The Ft. Lauderdale High School Drum Line led us from Charnow Park to the Marine Environmental Center. The participants then walked back to Charnow to enjoy reggae music, a raffle, non-profits, and sprinklers.  At the conclusion of the event, we held hands on the beach to oppose seismic testing and offshore drilling. We were so happy to have Senator Gary Farmer, Mayor Josh Levy of Hollywood, and Mayor Beam Furr of Broward County march with us, as well as other local lawmakers and citizens running for office. Thank you so much to everyone who participated.  We raised a lot of awareness and support for reduction in plastic pollution in our oceans, opposition for offshore drilling, solving Lake O problems, and other threats to our waters.
Thank you to the donors for our raffle prizes:  Free our Seas, Sun Tower Hotel and Suites, Volcom, Billabong, Vissla, Shibori by the Sea, NSU Shark Tagging, MEEC, Melting Pot, Billy’s Stone Crab, and Little Sugars.
Thank you to our non-profits and supporters: Kulcha Shok Muzik, Free our Seas, Marine Megafauna Foundation, FIU Water and Environment, Sea Turtle Oversight Protection, Plastic Free Mermaids, League of Women Voters and Women’s March, Saving Ocean Life, STA Surfrider Youth Club, Sereia Films, Blue Tide, Broward County Sea Turtle Conservation Program, Everglades Trust, Plastic Habitat, Miami Waterkeeper, Sea Shepherd, FL State Parks, Broward County Parks, City of Hollywood, NSU, Ocean Alley Restaurant and Beach Bar, Cafe Club les artistes, Ocean Minded, Oceanvida Foundation, and Paola Espitia of Olapi Creative.
VIDEO HERE
FULL ALBUM HERE

“It’s pretty incredible that as a community, we are coming together from all walks of life and different backgrounds for one common goal. Protect, clean-up, and conserve our oceans. Our restaurants are realizing how much of an impact one single good deed can do for our oceans and it’s making big waves! Each restaurant is not only helping to defend our oceans, but they’re spearheading a global movement for planetary change, while saving hundreds (if not thousands) of dollars as an added bonus.” 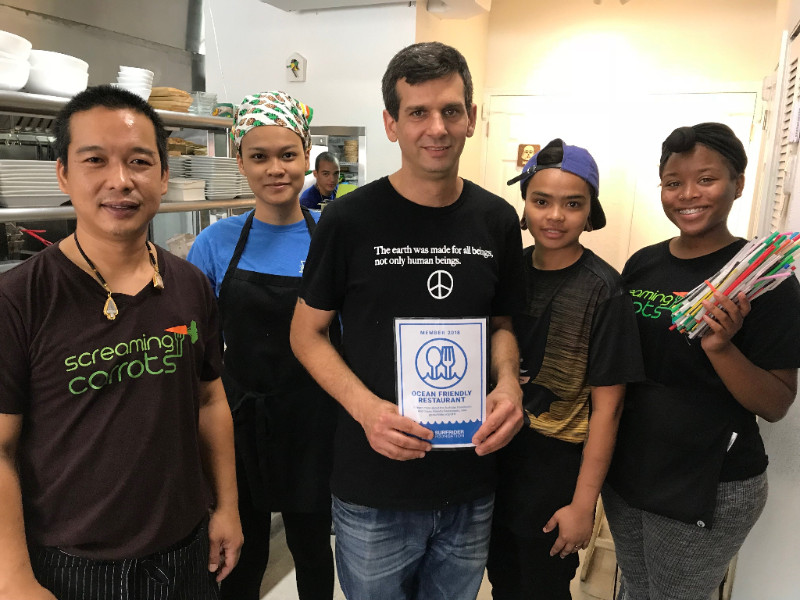 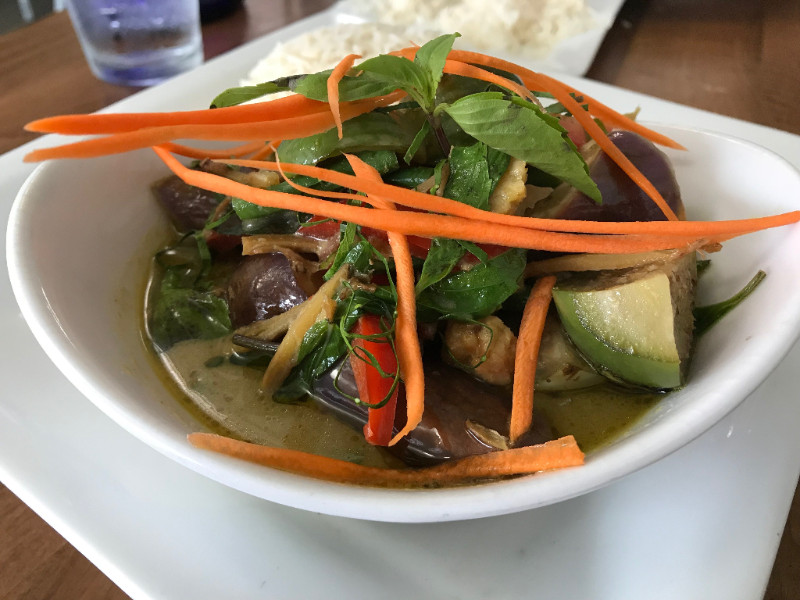 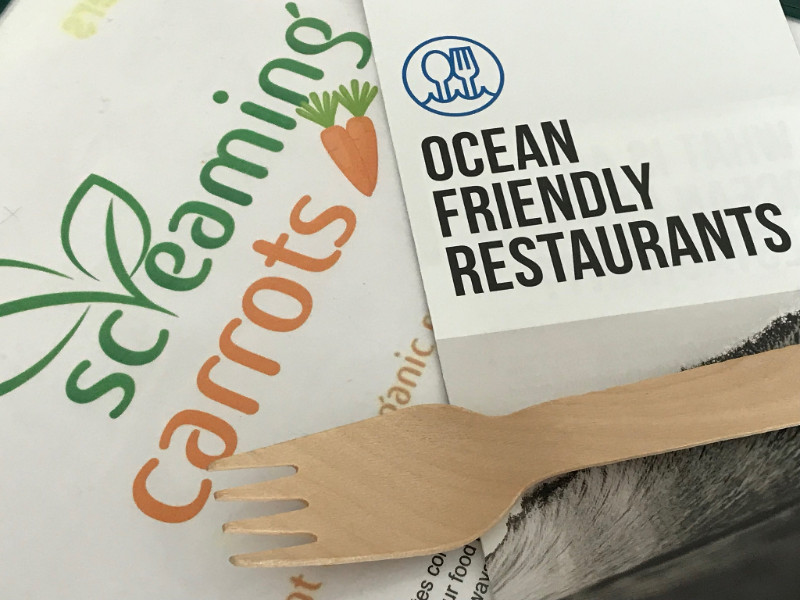 They’re the FIRST Ocean Friendly Restaurant in Hallandale and the FIRST RESTAURANT IN HALLANDALE TO RECYCLE. (We had to get Hallendale Beach up to speed on the importance of reducing single use waste and proper recycling).

Since they’ve opened their doors they’ve been practicing the eco friendly lifestyle. Actually they have been ocean friendly since before the OFR program existed.

Screaming Carrots promotes compassionate, sustainable, nutrient rich and affordable vegan eating without sacrificing favor and your wallet! This is an amazing plant-based spot that offers authentic Thai and Mediterranean style dishes that also has a wide variety of teas, shakes, desserts, baked goods and so much more!

Swing by and give them some love and tell them we sent you! 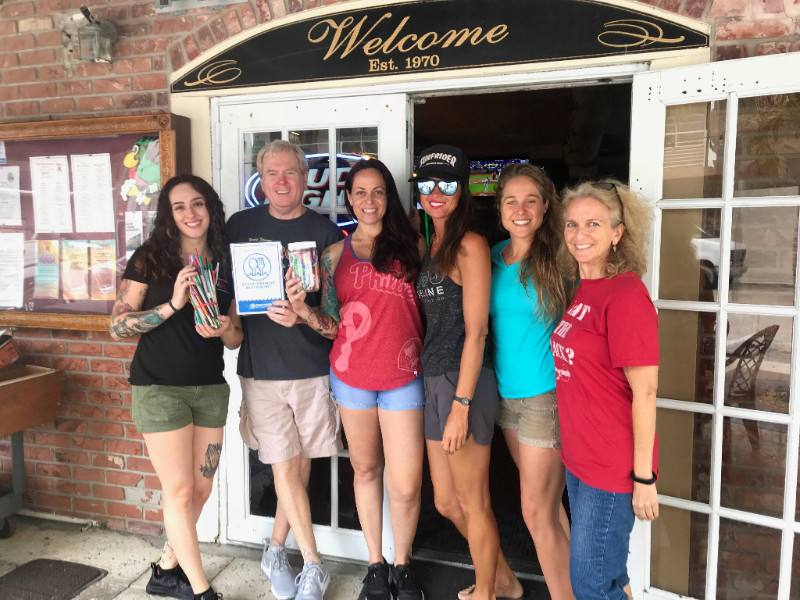 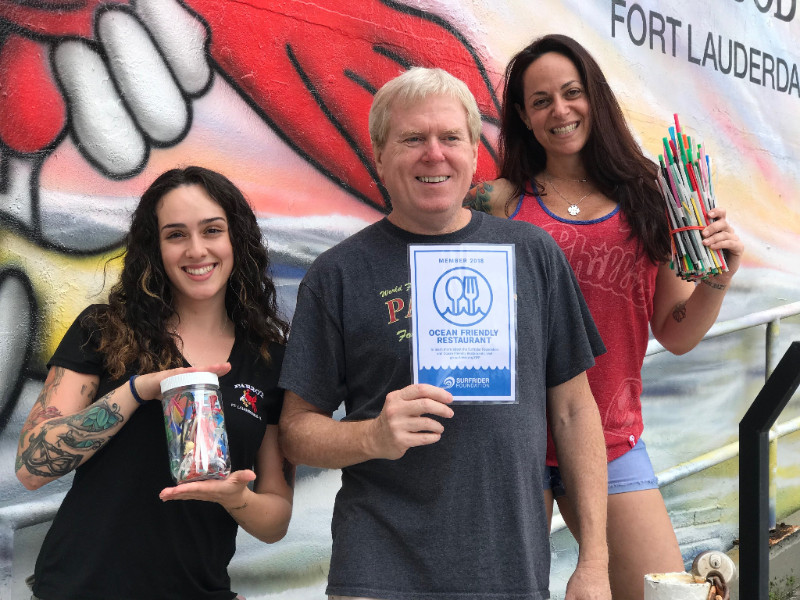 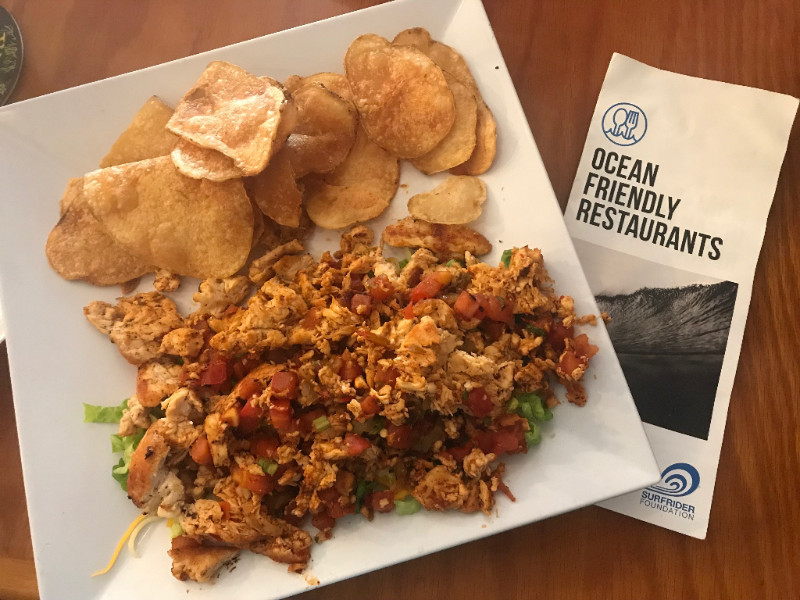 “When you go all in, put all of these efforts in a big stew, you’re going to either come out even or save, and we’re saving money…. On top of that you’re doing a really nice thing! You feel great, the staff feels great!”.
-Joe O’Donnell, Manager of the Parrot Lounge

Join us in welcoming our first Ft. Lauderdale Ocean Friendly Restaurant, and our 5th in Broward County!
They have committed themselves to making a change and being a part of the solution.

Swing by the Parrot Lounge and show them some love for saving our oceans one straw at a time! Tell em’ we sent ya!

Current Campaigns in Broward County to help protect our beaches and ocean: